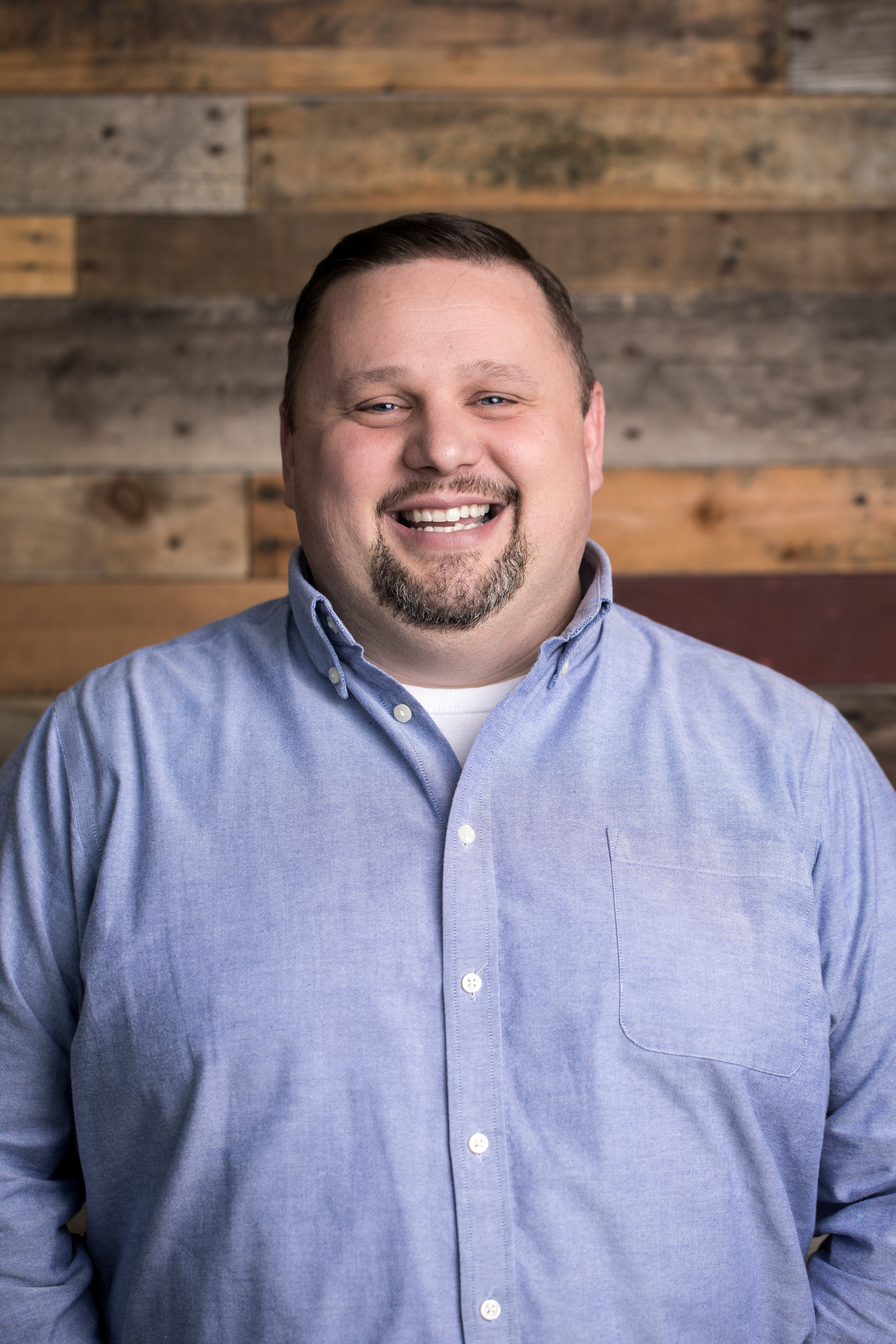 Ben South – bens@conwaycentralchurch.org
Ben was raised in a pastor’s home and grew up in Arkansas, Kansas, Alabama, Texas, Tennessee, and Mississippi. He graduated High School from Cabot, AR, but now considers Conway home. Ben is a graduate of Central Baptist College with a major in Pastoral Ministry and has a Masters in Christian Leadership. He completed doctoral studies with an emphasis in Administration and Servant Leadership at New Orleans Baptist Theological Seminary. His doctoral work culminated in developing a ministry strategy to reach Deaf peoples with the gospel of Christ. He has been on staff at Central Baptist Church in Conway since 2001 where he currently serves as Associate Pastor for Missions and Education. Ben and his wife Amy have been married since 2000. They served as foster parents for several years and now have four children, Connor, Claire, Christopher, and Caroline. Connor and Claire both have been involved with Falcon basketball and Claire (Saucy) plays volleyball. 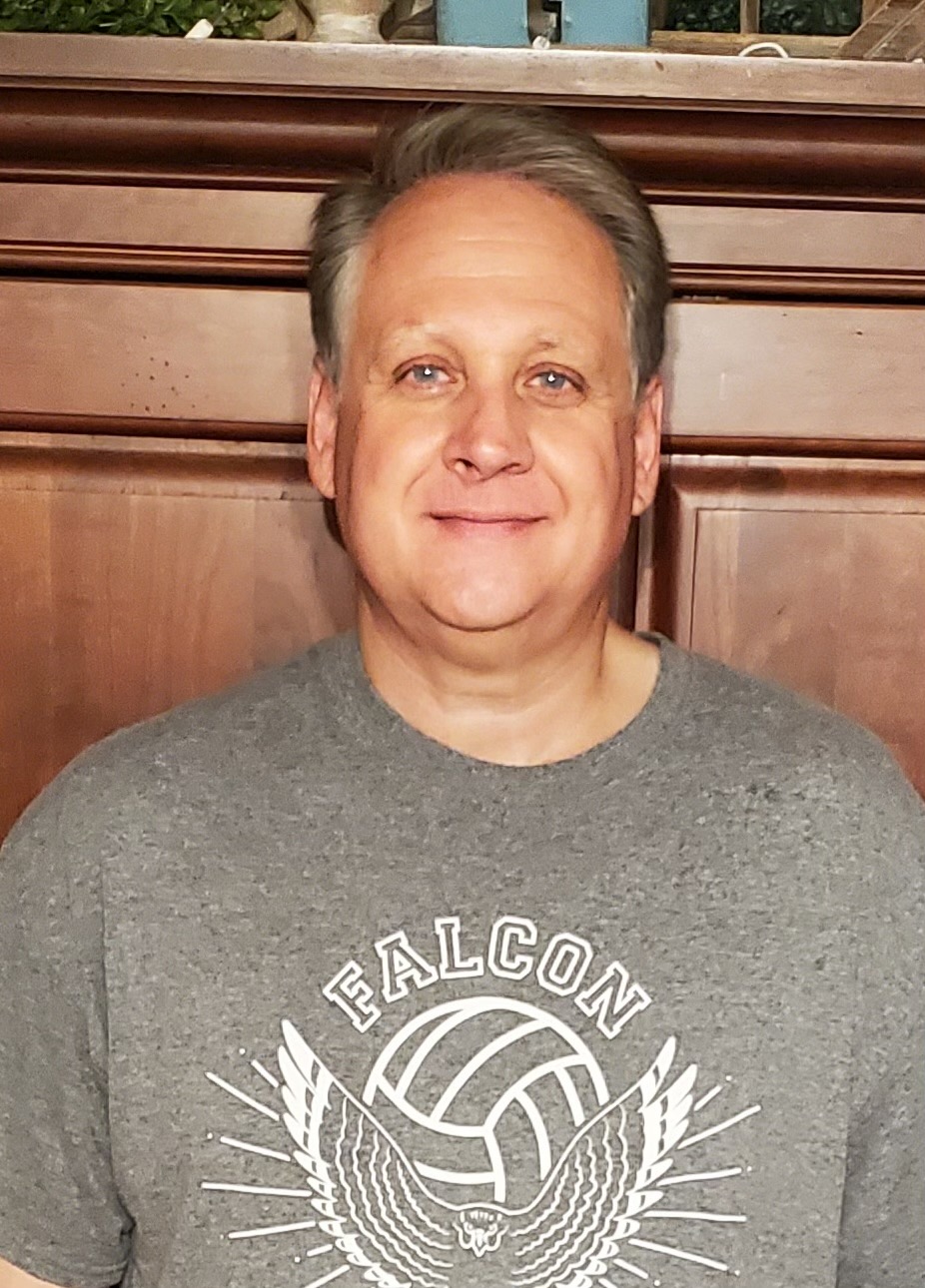 Dale Gottsponer – dalegottsponer@conwaycorp.com
Dale grew up in North Little Rock and has been married to his wife, Karen, for 34 years. They have five children: Tori (married to Blake), Jordan, Sarah, Joshua, Samantha, and one grandson, Tristan. Dale graduated from the University of Arkansas with a Bachelor of Science degree in Electrical Engineering. He is currently the Senior Electric Systems Engineer for Conway Corporation where he has worked for 35 years. His children have been involved in Falcon sports for many years, and currently, he has a son playing Falcon basketball and a daughter in Falcon volleyball. 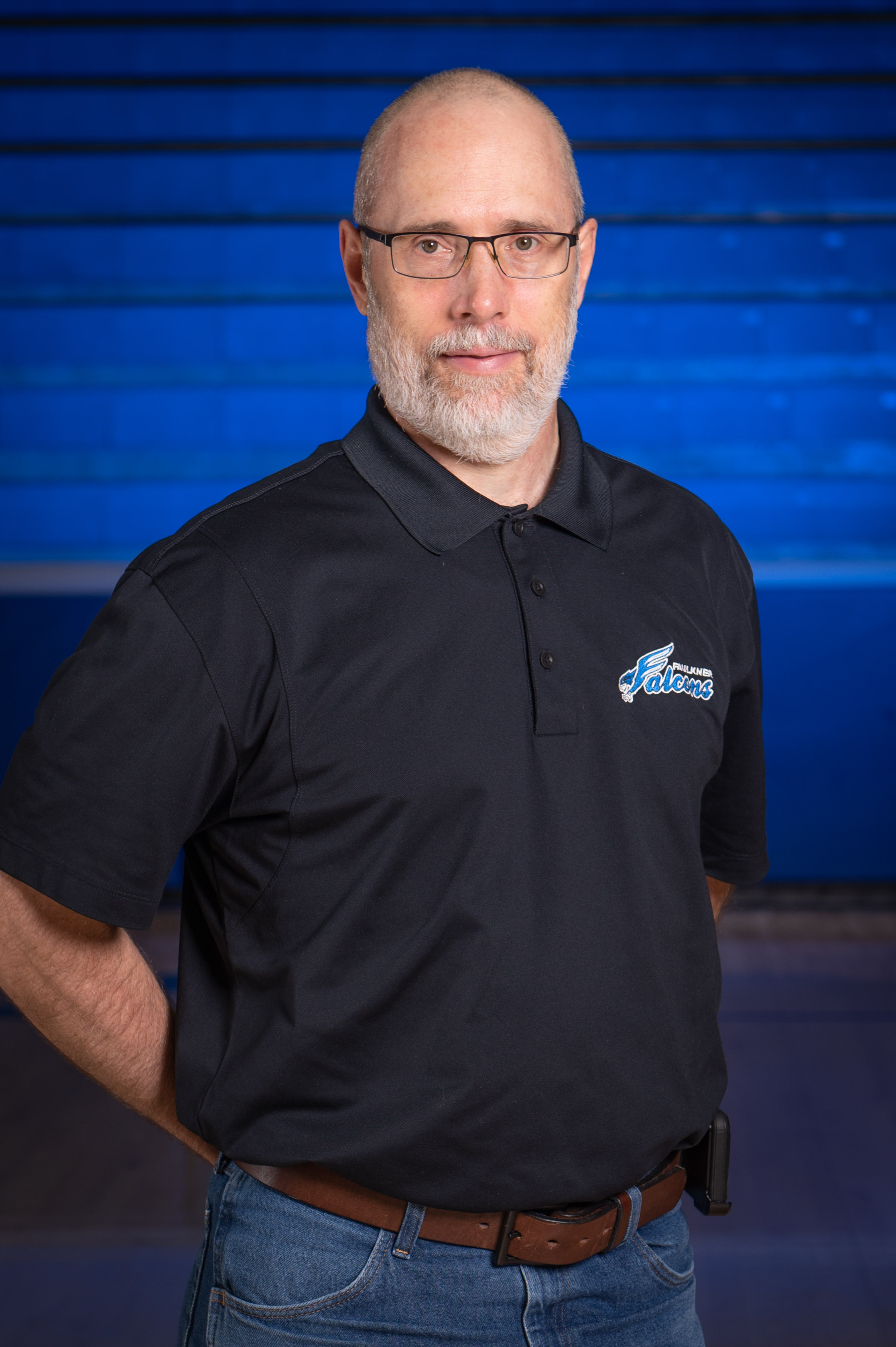 Paul Hopp – Treasurer – paulvhopp@yahoo.com
Paul grew up in Vilonia, AR and has been married to his wife Cindy for 30 years. They have eight children: Daniel (25), Nathan (23), Nicole (21), Rebecca (19), Jason (14), Samuel (13), Maggie (11), and Reagan (8). Paul graduated from UCA with degrees in Kinesiology and Health Education (1992) and Accounting (2011). He is currently the Controller for Student Mobilization (ministry to college students) where he has worked for 32 years. Paul played football for 12 seasons (including two seasons at UCA as a walk-on) and has coached Falcon basketball for 12 seasons and Upward Basketball for 10 seasons.

Keith Pierce – kpierce@tcworks.net
Keith is from Little Rock and has been married to Stacy for 32 years. They have 4 children: Caitlin 29, (married to Stephen Johnson), Elijah 25, Josie 20, and John David 14. Caitlin, Elijah and John David all played basketball for the Falcons. Keith has coached falcon basketball for 18 years. Keith graduated from the University of Arkansas with a Bachelor of Science in Business Administration and is self employed working as a handyman. 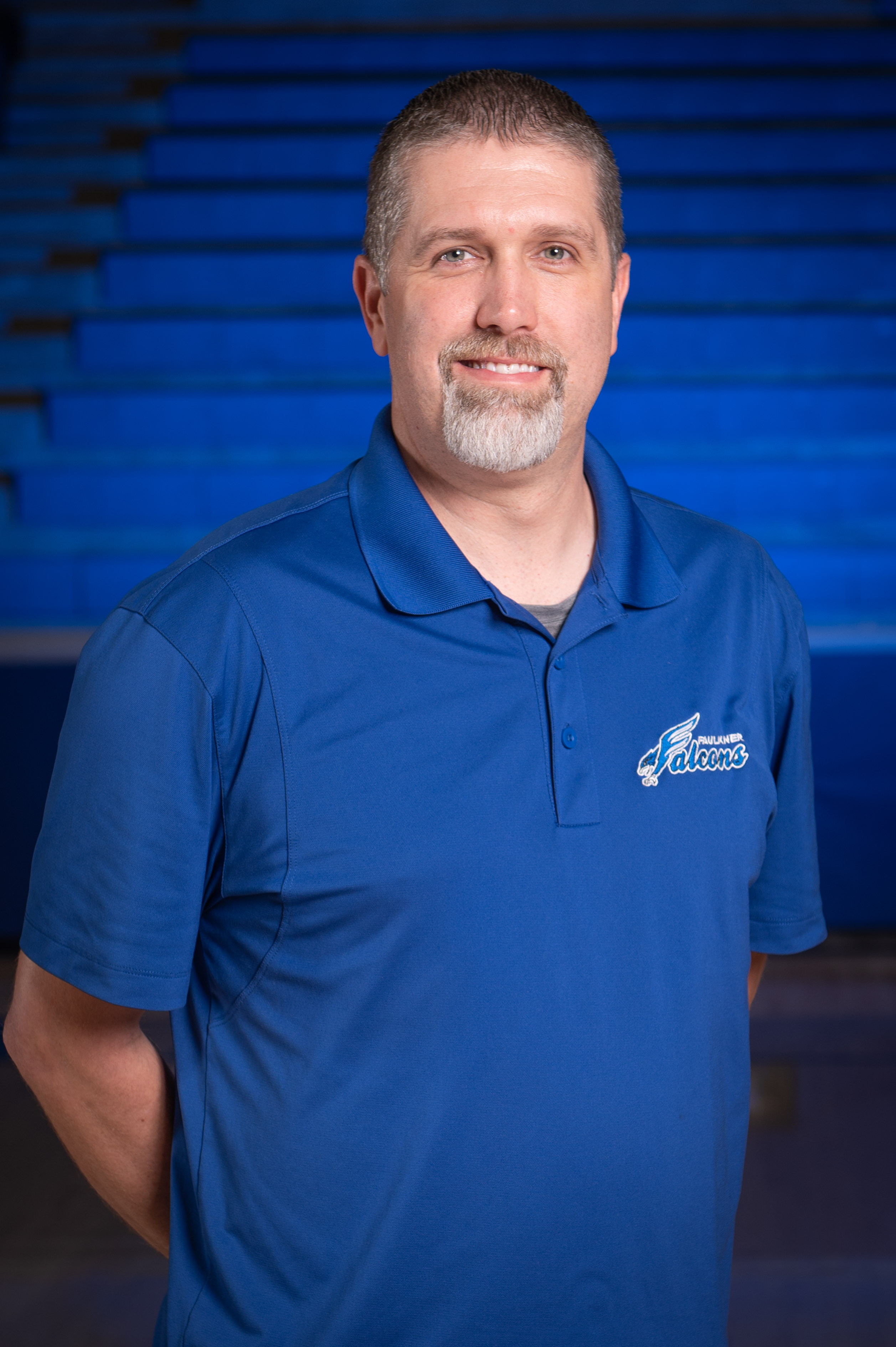 Brad Rusher – brad.rusher@gmail.com
Brad was born and raised in central Arkansas and has been married to his wife Jennifer for 21 years. All 3 of their children have been involved in Falcon sports. Brad graduated from the University of Central Arkansas with a degree in Computer Information Systems. He is currently a Systems Engineer for Edafio Technologies. Brad was a basketball and baseball star in high school, and has been involved in coaching basketball at various age levels. Go Falcons! 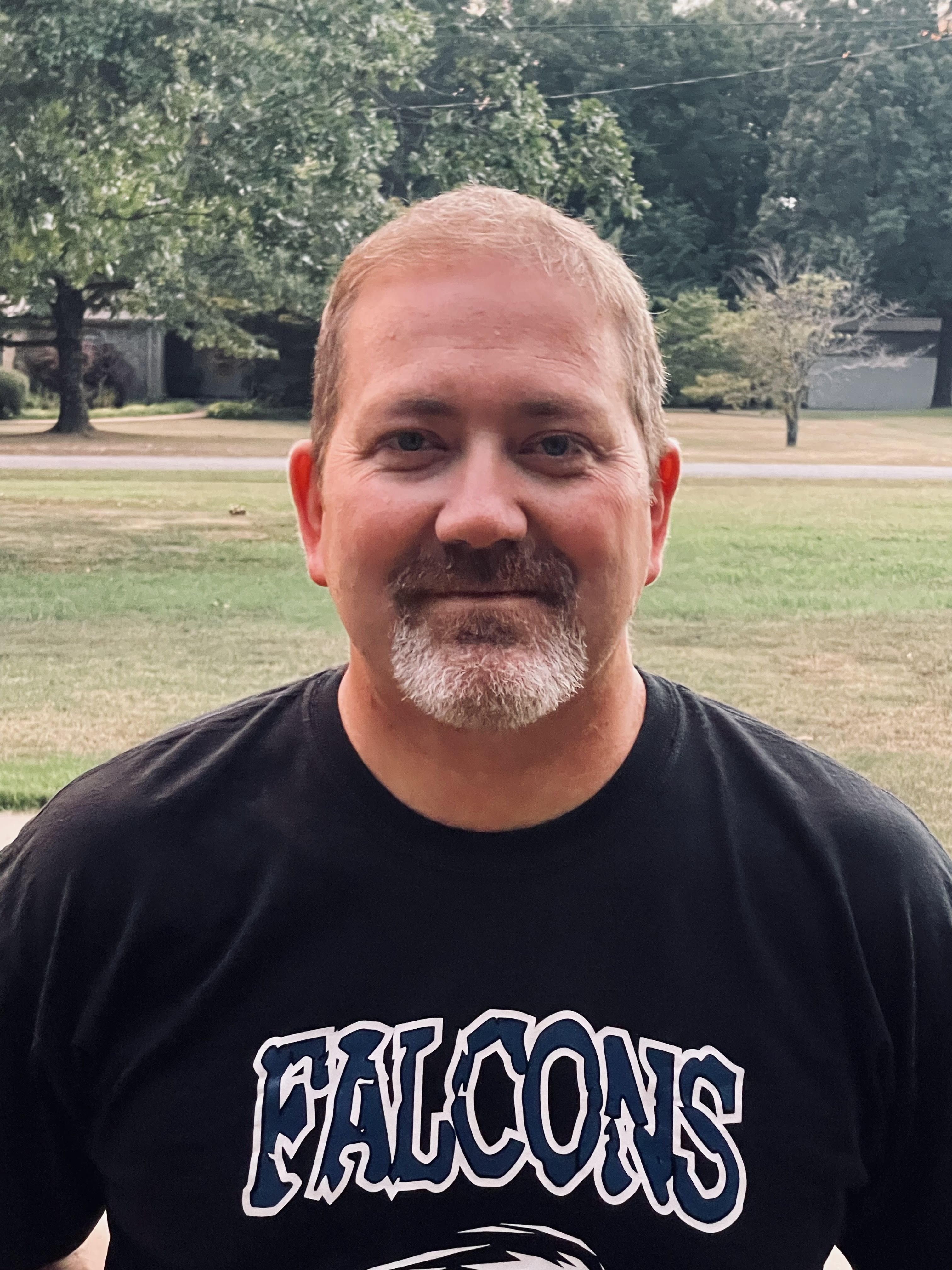 JL Smith – rzbacks005@yahoo.com
JL is from Fordyce, AR. He has been married to his wife LeSha for 28 years. They have 3 daughters: Nicole (21), Alyssa (18), and Natalie (18). JL received his bachelor’s degree in biblical studies from OBU in Arkadelphia. He also got certified to teach and coach from Henderson State. He is currently the manager for FedEx Freight in Conway and has worked for FedEx Freight for 25 years. His wife LeSha is the head coach for Falcons Volleyball where all his daughters have played from an early age.

Gordon Gerbholz – bisonlb30@gmail.com
Gordon was born in Calgary, Alberta, Canada. His parents were German immigrants to Canada after WWII. His family then immigrated to the U.S. legally when he was 5 years old. He lived in Iowa and Michigan, but grew up mostly in Nebraska where he played football and baseball. He ended up going to Harding University on a football scholarship, and there he relentlessly chased his beautiful bride Melanie. She finally said yes, and they have now been happily married for 36 years. Gordon graduated with a degree in Computer Information Systems, and currently works at FIS. They have four children: Jessalyn (34), Zach (28), Victoria (24), and Elli (16). All four children have played on Falcon sports teams over the years. Zach played basketball, and the girls all played basketball and volleyball.